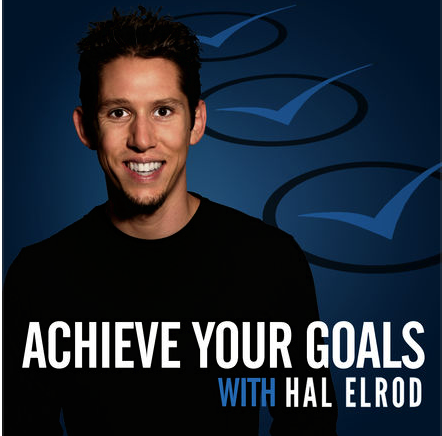 Episode 152: Turning the tables on Hal

At just 37 years of age, Hal Elrod’s life has been punctuated by extreme highs and extreme lows.

Hal had achieved the vision he set for himself lying in his hospital bed 9 years earlier. Instead of asking “Why me?” he has chosen to embrace failure and adversity as opportunities to learn and grow, and by doing so inspire and empower others to do the same.

In 2016, Hal was diagnosed with a rare form of cancer. In this episode of his podcast series he speaks frankly about the challenges, what he’s learned on his journey to date and the lessons we can all take away from it. Hal being Hal, you can count on him to accentuate the positives and avoid dwelling on the negatives.

Hal includes a critical message for people with a propensity to push themselves hard, who strive to be high achievers – including entrepreneurs and solopreneurs, like me. We have no idea of the damage we are doing to our cells and how our bodies will one day rebel when we say “Just one more hour….”. Don’t gamble with your health. As Hal is finding out, when it goes down the toilet, all our plans, goals, dreams and desires go down with it.

Learn – take heed – and lead. At the very least it will inspire you. It may even save your life.

This site uses Akismet to reduce spam. Learn how your comment data is processed.

You are an amazing speaker and delivered a focused and tailored talk that empowered those in attendance to get the best from the Business Expo. We were more than delighted by the feedback received and look forward to working with you over the coming months.

Huge thank you for yesterday. Your energy and super positive personality shone through and made for a very interesting afternoon.

Annalieza is full of passion in every context, yet listens carefully to understand. Her training taught our group how to discover and apply key leadership principles. In my interactions with Annalieza, I can tell you that she serves. Her preparation and care come across in all she does and she inspires confidence in the way that she communicates.

I met Annalieza during a leadership think tank. I was immediately blown away by her depth of understanding and ability to empower both individuals and groups to move towards their goals. She has a strong understanding of leadership attributes and a very natural coaching style which is flawless. If you want a coach that is empathetic yet incisive, Annalieza is your lady.

Just what I needed at this point in my life. A really in-depth programme. Classes like ‘The Law of Modelling: It’s hard to improve when you only have yourself to follow”… well, having been self-employed for 30 years, this really made me think! I highly recommend this very affordable programme.

I felt a connection with the Programme and Annalieza from the very first session. I knew changes had to be made and the programme gave me direction. I have since made major changes to my surroundings. My attitude at work has changed, bringing the team’s values and energy up. I am calmer and happier, life at home is balanced and I share my plans more. Now my daughter has a John Maxwell quote on her wall.

Shocked at the big questions it forced me to think about. I discovered I had lost my passion and mojo. Annalieza facilitated an activity which forced me to question my top values and I struggled. I am now in the process of sharpening up my values and hope to align my work to these. I thoroughly recommend this programme to anyone who thinks they need a reawakening, to get some passion back and their work-life balance.